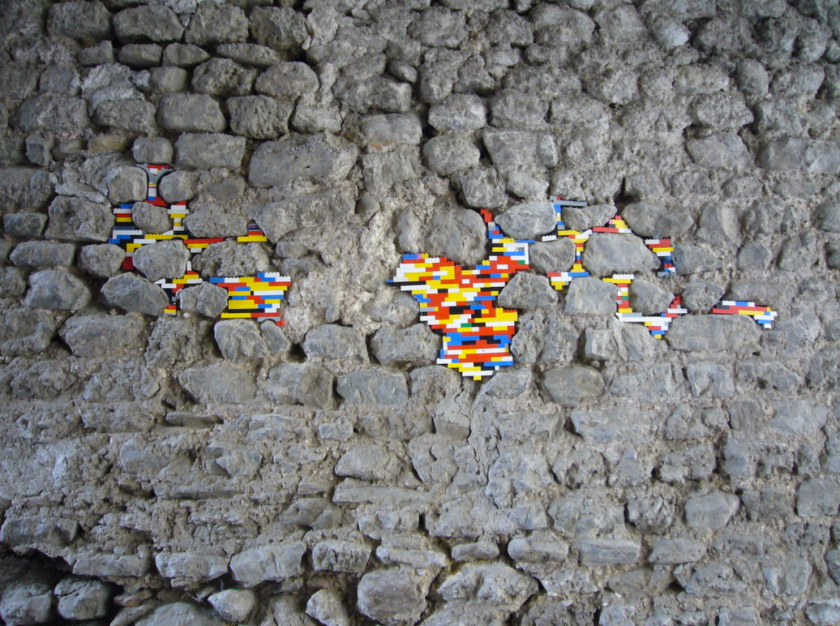 The south-facing wall and return are both of medieval origin and were repaired in the mid-1800s with undifferentiated gray and red bricks and concrete mortar.  This repair had been heavily degraded by the elements, and later repaired once again with a series of tiny (1cm x 3cm) multicolored plastic blocks.  The overall feature is 1.3m high and 0.3m wide, bolstering 12 courses of brick.  These small blocks were not structually viable for additional wall support, but may have served as protection from further degredation of the original mortar.

However, as conventional mortar was available at the estimated time of repair, it is suggested that these blocks represent a decorative element later appended to the structure.  The blocks are predominantly blue, perhaps representing a color preference, morphological convenience, or simply an abundance of that material.  Additional information regarding its internal structure will become apparent during the excavation of this feature.

(edited in 2014, as the original links to images were broken. Sadly the text no longer reflects the images)