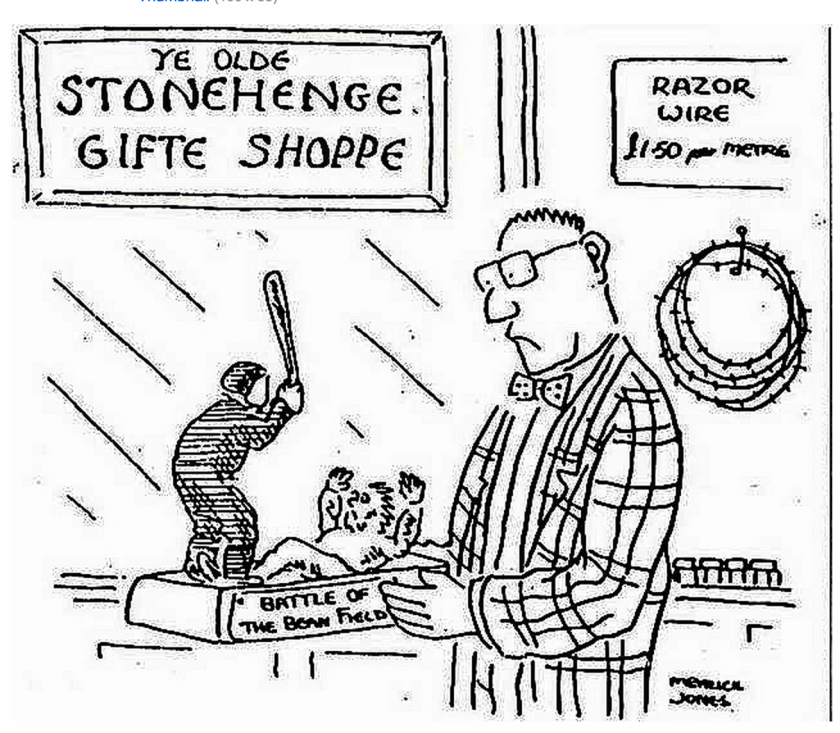 Last term I guest-lectured in Sara Perry’s MA students course on Visualization, Ethics, and Dark Heritage. I was looking into sites of “dark” or difficult heritage–heritage that hurts–in the United Kingdom. Many do not realize that one of English Heritage’s most beloved monuments, Stonehenge, is one of those sites.

June 1st marks the 30 year anniversary of the Battle of the Beanfield; 500 ‘travellers’ were arrested and 200 vehicles impounded by a confrontational, violent police force who forbade their entry to Stonehenge for the summer solstice. In her excellent Stonehenge: Making Space, Barbara Bender talks about the contested landscape of Stonehenge, and the uneven power relations that surround the site.

There is very little acknowledgement of this violent suppression at the country’s foremost heritage site, though £23,000 was later awarded to plaintiffs in the case for ‘assault, damage to their vehicles and property, and for not being given the reasons for their arrest.’ When I last enquired, there is no mention of the Battle of the Beanfield in any of the Stonehenge interpretive material or at the site museum, and though people may enter the monument during the winter and summer solstices, it still remains deeply contested.

Who is Stonehenge for? When do conservation principles translate into brutality against vulnerable people? Can we stay open to alternative understandings of the landscape? Bender’s statement still rings true:

If this chapter is…somewhat polemic, that is because it was, in part, spawned in anger at the efforts of English Heritage and parts of the Establishment to promote a socially empty view of the past in line with modern conservative sensibilities.

I hope that more progressive forces within English Heritage can win out over this suppression of the contemporary heritage of Stonehenge, but in the current political climate, with vast cuts to heritage spending, that may be a big ask.