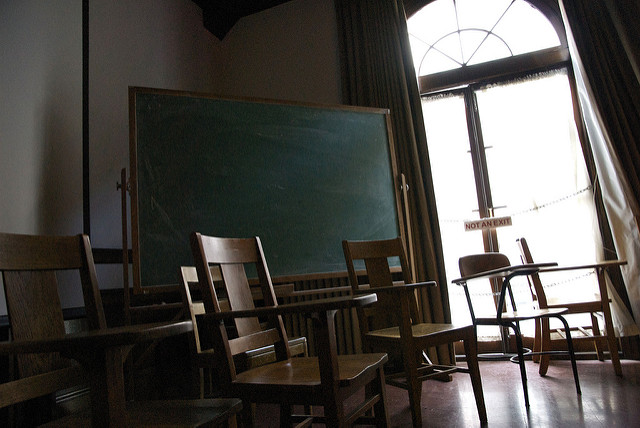 As I become more familiar with the UK-style Archaeology undergraduate degree, I can’t help but compare it to my USA undergraduate education. Obviously n=1 is a small sample size and this is all painted in very broad strokes, but I thought it might be instructive for others, as I had very little idea of the differences before I changed continents.

I attended the University of Texas, Austin, which is a very large, public university. By very large I mean over 50,000 students and over 24,000 staff. I received two undergraduate BA degrees, in Anthropology and Asian Studies with a minor in Japanese language–I wanted to study the Jomon > Yayoi transition in Japan, but…strayed. That’s beside the point! I received a fairly standard USA liberal arts degree, which means that I studied anthropology and archaeology, sure, but most of my classes were in other subjects such as Astronomy, English, and, for example, a fantastic class on Korean New Wave cinema. Out of the 40 (!!) different courses I took, I had 4 archaeology-specific classes, not including field school and other volunteering gigs. I also taught at the University of California, Berkeley which is a similar size to UT, so some of my experience stems from that equally large, public USA university.

At the University of York, our undergraduate students study archaeology from beginning to end–every single class they take is specific to archaeology. You can specialize in Heritage, Bioarchaeology, Historical Archaeology, or focus on more science-based (BSc) or humanities-based (BA) Archaeology in general. The standard course in the UK is 3 years long, not the 4 year course I took in the USA. York Students take the same, Archaeology-focussed courses at first, then have some choice in specialization later on, say in Ancient DNA, Visual Media in Archaeology, Historic Houses, Battlefield Archaeology, Neanderthals, Medieval Africa, World Mummification among others. There are a lot more faculty as well, 36+ lecturers at York vs., for example, 9 at Berkeley and 8 at UT (though others in Classics, Near Eastern Studies, etc). UK terms are shorter, 10 weeks vs 15 weeks long in autumn, spring & summer, but unlike in the USA, summer is not optional.

I enjoyed my USA undergraduate degree(s), and there are strong arguments to be had in anthropologically-based archaeological learning, but I’m also very impressed by the breadth and depth of the learning of UK-based archaeology undergraduate students. When I teach 3rd year UK undergraduates they have the same level of understanding as Master’s students in the USA and their reading (in my special topic course at least) is entirely peer-reviewed journal articles. I also made the entire second-year cohort read Ingold, but I wouldn’t necessary recommend it. In theory, USA liberal arts degrees seem to prepare students more broadly for general enrichment (and employment, I suppose) but the UK Archaeology undergraduates certainly seem to do just fine in subjects beyond archaeology, continuing on in law, education, biology, etc.

Other differences include simple things, like books. In the USA, I regularly had $300 book bills each semester (keep in mind this was in the early 2000s before pirated books were available). UK students pretty much expect to have access to all of their course materials from the library and we get major complaints if we don’t have enough copies or if the reading isn’t electronic.

There is also much Much MUCH more contact for UK students than I had–each year I am assigned 5-6 undergraduate supervisees whom I (in theory–they don’t always show up) meet at least twice per term. I meet many other students in office hours, particularly while teaching courses to the entire cohort. We keep close track of and accommodate for student disabilities, are trained in mental health first-aid, and with cohorts of 80-100 students each year, get to know students pretty well. This is probably less different for students who attend small liberal arts colleges in the USA. All of the other undergraduate students in UK courses are generally in the same year and are Archaeology students rather than the large USA Introduction to Archaeology courses (300+ students!), with a very small fraction of students who are actually interested in or have any background in archaeology.

Another difference (which may vary considerably within the UK) is that students learn archaeological field skills from commercial archaeologists, rather than from graduate students or other undergraduates as is often the case in the USA. Also USA students pay extra fees to attend field schools whereas the UK field school is part of the degree.

USA vs. UK if I could do it all again? Well, I wouldn’t trade some of the UT courses I had for the world–Dr. Maria Franklin’s African American Material and Expressive Culture changed my life. I had no idea what I wanted to focus on when I began my degree and I fully explored the broad scope UT had to offer. But if I had known that I wanted to be an archaeologist, I probably would have benefitted from the intense focus available in a UK Archaeology degree. And it might have been cheaper! Let me know if you are an American considering a UK university.