Sadly, the video seems to be broken on The Archaeology Channel, so I watched it at this slightly disturbingly named website: 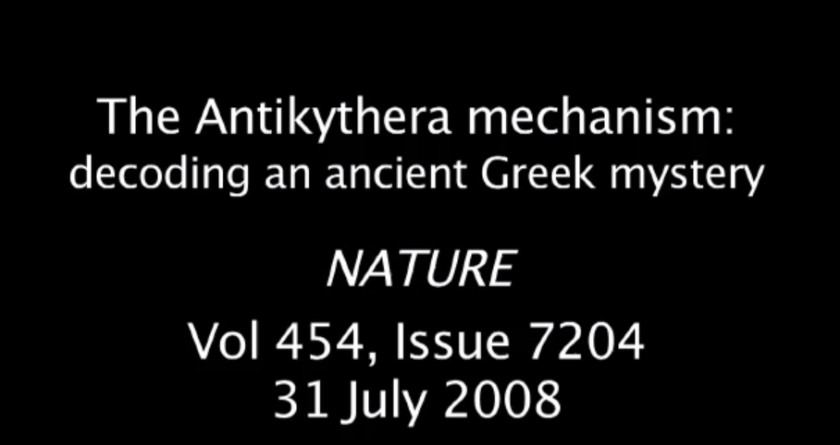 Nothing like starting your film with a citation. So this film appears to be an overview of an article about…you guessed it…The Antikythera Mechanism in Nature. Cool. Oooh, nice CG of whirly clockwork things inside the mechanism. Nature must have a capital-B Budget. Of course they do! And the the professional narrator tells us that the video is timely–it tells us about the time table for the earliest Olympics. 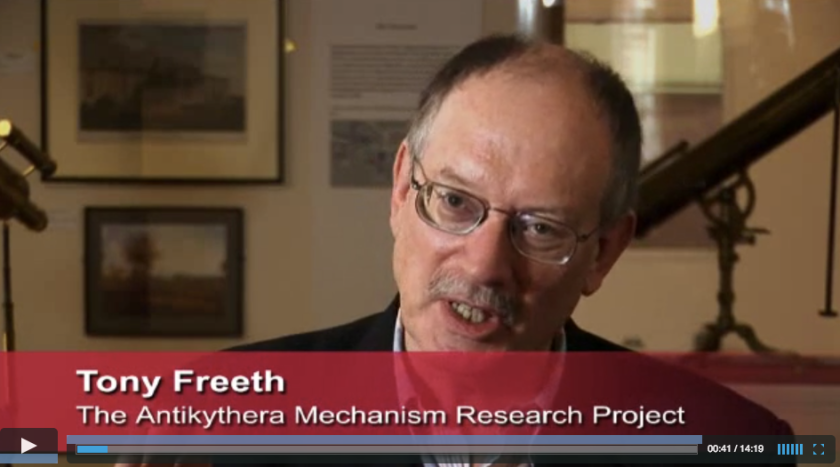 Possibly a relation of Martin Freeth, our filmmaker? Anyway, Tony is one of the authors of the paper, and according to his website, a mathematician and filmmaker. No beards yet, but just LOOK at this photo of Derek de Solla Price. The very soul of an academic. He’s a physicist, by the way. So far we have an astronomer (Mike Edmunds, a mathematician and a physicist checking this thing out. Anyway, de Solla Price figured out the basics of how the mechanism worked, but now we have…BIGGER AND BETTER SCIENCE! 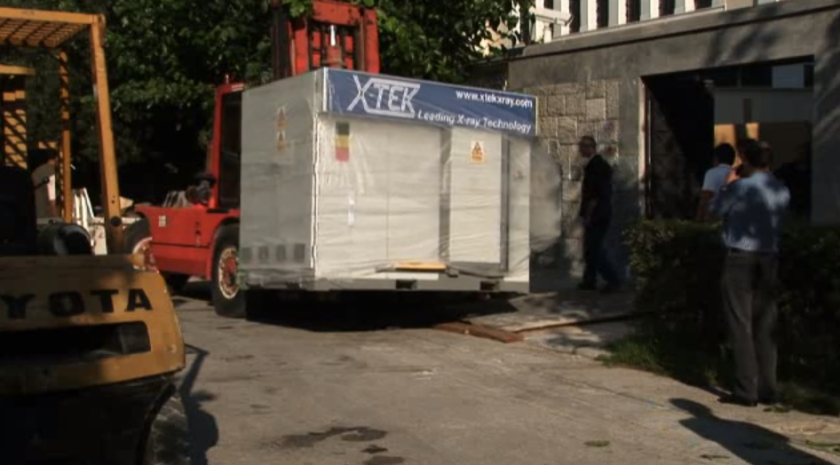 I bet you wish you had a forklift-load of Science. I certainly do. It’s an 8 ton x-ray machine that they brought to Athens to get high-rez data of the mechanism. 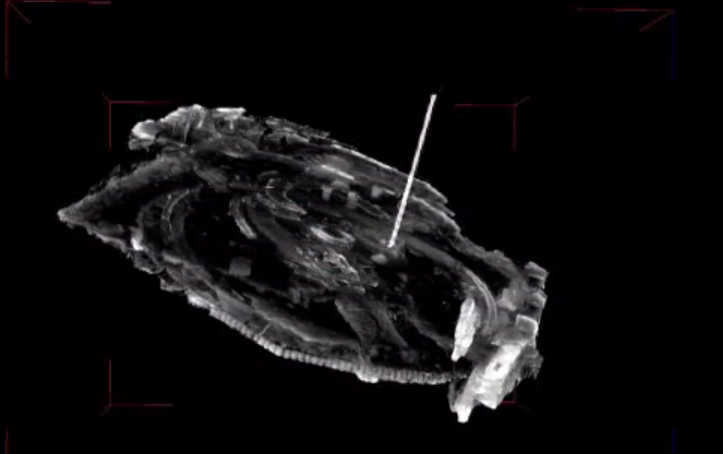 The images that the x-ray produced “provide the basis for many of our revelations.” Heeeey, visualization in action! Tony Freeth sits with an engineer of medieval clocks and they explain the dials to us. There’s an eclipse predictor, a moon phase calculator, and the Olympiad dial shows which games are going on that year. 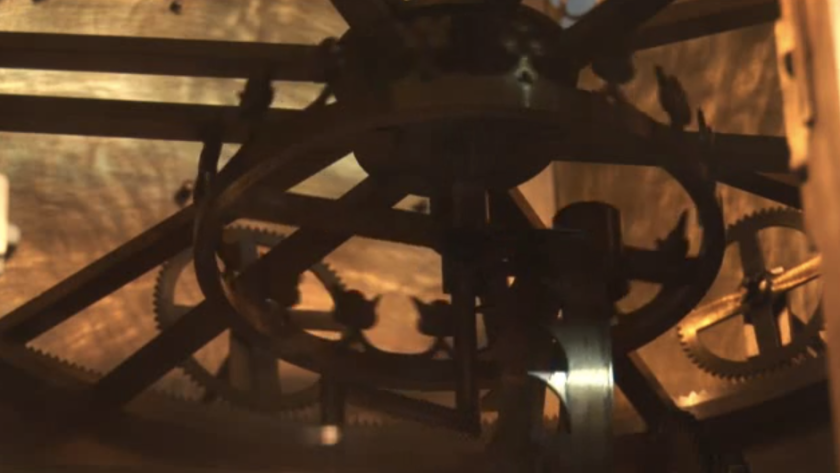 We are told that the elderly clockmaker (Don Unmin?) will produce a reproduction, but I wasn’t able to find anything about it online.

The Antikythera Mechanism, as an impossibly old, incredibly complicated bit of gear-filled wonder, brings out both the hardcore scientists and the lunatic fringe  for theories about the thing. As such it is fantastic to have a video as an exact explanation of what it is, how we know what it is, and how it works. Would that more journal articles would have accompanying videos that show how the written results came to be. This video shows the interdisciplinary nature of research and how incredible things can happen when you bring together different academic fields, technology, and ancient artifacts. Oh, and large wads of cash.

5/5 – Movies about complicated peer-reviewed articles that also debunk theories about aliens and time travelers and show how ancient people did amazing stuff without extraterrestrial help get full marks from me.

Beard count: 0, zilch. No archaeologists featured. But it was full of older white dudes, natch.

Here is the Antikythera Mechanism…in LEGO. 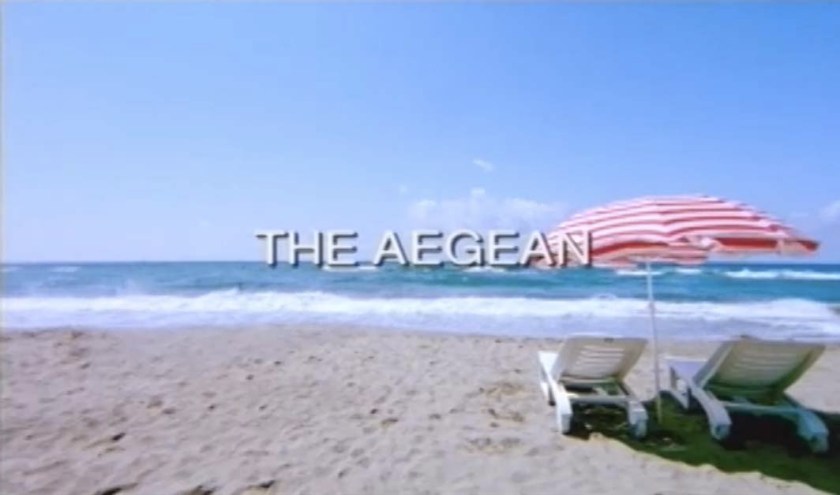 The Aegean. A place close to my heart. Opens with twangy “traditional music” that fades into newage, but at least there’s a female narrator who betrays a faint Turkish accent around her proper English. Yes, it’s a gorgeous landscape and climate, and, we are informed, a “land of kingdoms.” Begin the dervish-like spinning shots in the middle of sites! 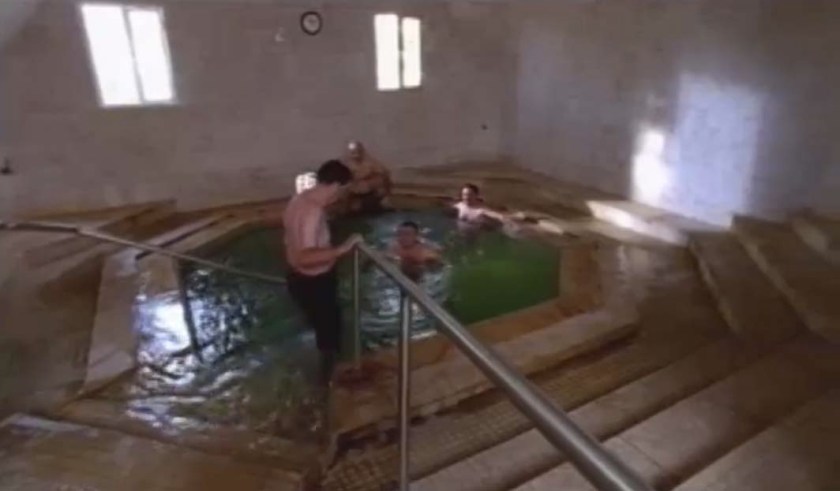 A little discussion of Ephesus, then we move on to a quick touristy overview of each spot, with minimal, Lonely Planet explanation. Sorry Turkey–I love you, I love your archaeology, but this video is a twitchy tour through ruins with a litany of famous names of people who may or may not have visited or lived there. And night clubs. 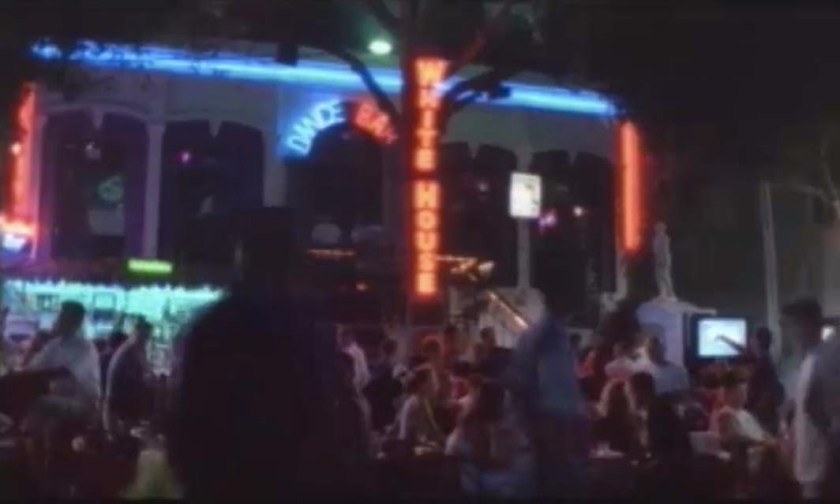 Why is this on The Archaeology Channel?