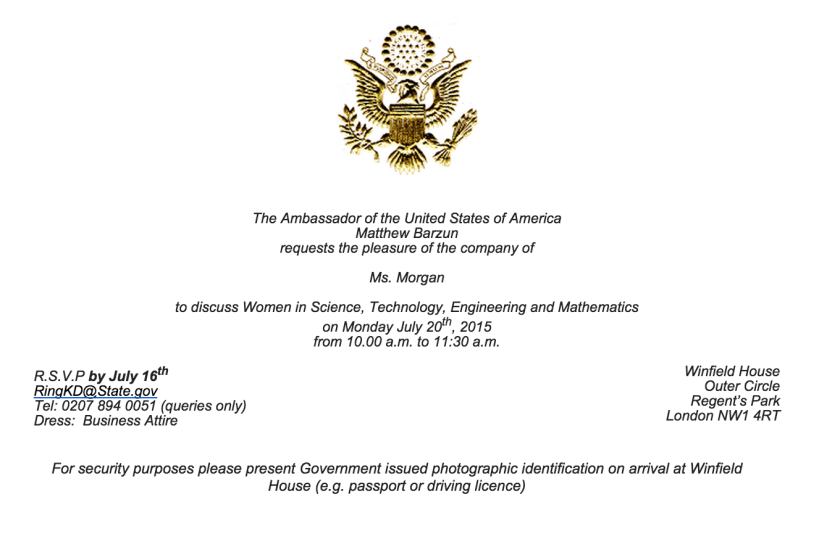 For the Day of Archaeology this year, I wrote up my experiences at the US Ambassador’s House talking about Women in STEM (Science, Technology, Engineering, and Mathematics), including my archaeology photo in the “distractingly sexy” campaign:

For more, read the entry at the Day of Archaeology webpage.

Last week I submitted my CAA paper, The Death (and Afterlife) of Archaeological Photography, for publication in the proceedings. It’s the second paper on photography and archaeology that I’ve submitted this month; the first was Archaeological Photography as Dangerous Supplement and covered the analog to digital transition, with some added content/semiotic analysis thrown in for good measure. It’s nice finally submitting some of this stuff for publication, and I still have a fairly large unpublished chunk to go. Let’s hope it gets through the peer review process relatively unscathed.

The Death & Afterlife paper deals with a second “wave” of digital photography in archaeology. I argue that the first wave was essentially skeuomorphic–that it replicated composition and content from film photography, just more and faster. The second wave has moved into what has been termed the post-photographic, and I explore what this means in terms of 3D photogrammetric reconstruction, drone photography, and geomedia. Though photography in archaeology is becoming increasingly algorithmic, with more layers processed and varying results at the end, the output at the end still points toward photography. For example, your nice 3D Photoscan model is still presented as a 2D image in your report. What will be truly revolutionary is when publication no longer flattens archaeology.

Photography in archaeology is, as Martin Lister states, “a residual cultural practice…technically dead but still animate,” a trait I cite in the title of my article. Photography is incredibly useful to think with, especially as we try to understand the place of digital media in archaeological interpretation. Photography is deeply implicated in the history of archaeology, both as products and projects of modernity. In my conclusions, I discuss the post-photographic in terms of the post-digital; I cite the post-digital as a shift akin to the postcolonial, what Florian Cramer calls a “critically revised continuation” rather than a turn toward the analog. Jeremy Huggett has posted some thoughts regarding the postdigital as well.

I was still thinking of all of this when I came across Eron Rauch’s A Land to Die in, a momento mori for video games–photographs of all the corpses of other players that he came across in World of Warcraft. His photographs remind me of those taken on Mount Everest, of people felled in mid-adventure, “a constant reminder of the masses of other people and their stories; some who conquered, some who fell, a million virtual Beowulfs”. I think about this as I make avatars of past people and machinima of past landscapes that end up becoming still images in powerpoint slides. Not-quite-photographs of not-quite-right reconstructions of dead people, all coming together in pixels. Can we still ask: what does the archaeological post-digital photograph want?

Florence Laino, one of our recent University of York Digital Heritage MSc graduates, has joined forced with L-P Archaeology in creating a Pop-Up Museum for the 100 Minories site near the tower of London. You may remember that Dan & I were involved in early testing at the site. L-P Archaeology had a previous pop-up museum, HIPUM on Hayling Island.

We had a chance to check out the Pop-Up Museum a couple of weeks ago, and they’ve done an impressive job with temporary displays with finds from the site. The site was in the London city ditch, so all manner of artifacts came out of it. At the Pop-Up Museum, you can open up the displays and have a chat with the archaeologists who worked on site.

The displays were impressive, and in a great location–right next to a standing part of the old city wall! The excavation was very close by as well, and Guy Hunt the director of the project was providing site tours. You can still visit! July 17th & 18th, 2015 are the last two days of the Pop-Up Museum. It’s a great, innovative experiment in public archaeology. For more information:

Fleur Schinning (pictured above) is a masters student at Leiden University who is studying archaeology blogs and impact. She has asked several archaeology bloggers to host her questionnaire so she can gain insight in how blogs and social media can improve the accessibility of archaeology.

Has Middle Savagery made a small, crater-like impact into your cranium? Or are archaeology blogs for the birds?

G’on, take a few minutes to fill it out. You even have a chance to win six issues of Archaeology Magazine: