Ian Hodder and Lynn Meskell published a piece titled “A ‘Curious and Sometimes a Trifle Macabre Artistry’: Some Aspects of Symbolism in Neolithic Turkey” in the April 2011 issue of Current Anthropology. It’s paywalled, sadly, but you can read the abstract for free, which I’ll copy here:

Comparison of two Turkish Neolithic sites with rich symbolism, Çatalhöyük and Göbekli, suggests widespread and long-lasting themes in the early settled communities of the region. Three major symbolic themes are identified. The first concerns an overall concern with the penis, human and animal, that allows us to spread of a phallocentrism in contrast to the widely held assumption that the early agriculturalists in the Middle East emphasized the female form, fertility, and fecundity. The second theme concerns wild and dangerous animals, even in sites with domesticated plants and animals, and particularly the hard and pointed parts of wild animals, such as talons, claws, horns, and tusks. We interpret this evidence in relation to providing food for large-scale consumption and the passing down of objects that memorialize such events within specific houses. The third theme is that piercing and manipulating the flesh were associated with obtaining and passing down human and animal skulls. The removal of human heads was also associated with symbolism involving raptors. Overall, we see a set of themes, including maleness, wild and dangerous animals, headlessness, and birds, all linked by history making and the manipulation of the body.

This summer about half of the excavators read the article and it became a hot topic of discussion, discussions that obviously quickly degenerated into “finding cock” on site. I don’t necessarily have a huge problem with the article, but I think it is an interesting example of just how different interpretations can be on site. I don’t have a lot to say about Göbekli, though I’d love to work there, but I find myself mystified at some of the central arguments regarding the Çatalhöyük imagery.

There is little doubt that there are a lot of little penis figurines. They’re really cute, and though they’re not prominently featured, you can check them out here: 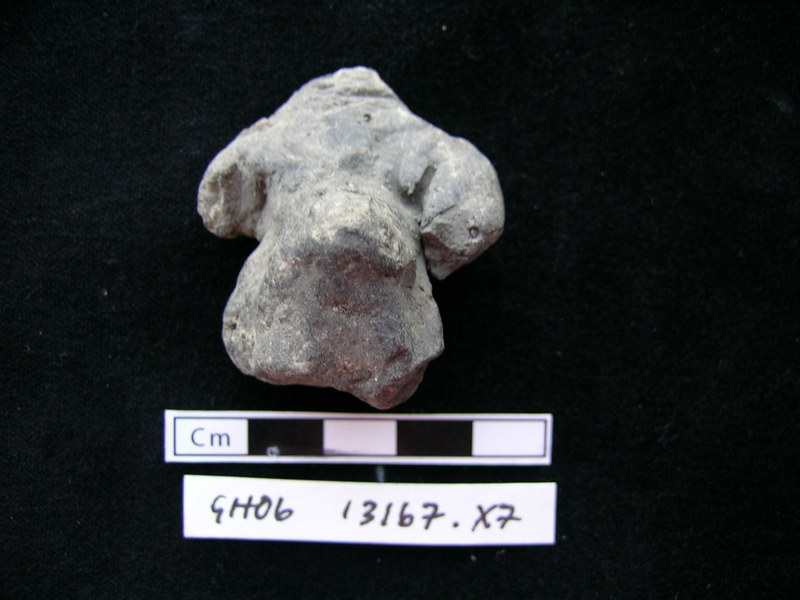 There are also a whole lot of cute little fat people. Are they ladies? Are they guys? Does the sex or gender matter? You’d have to ask a figurine expert. I have to say that I generally prefer the little animals:

So cute! There is little doubt that there is a variety of imagery coming from the figurines. To be fair, the Macabre article cited above is also ambiguous about the figurines, though they state that a lot of the zoomorphic figurines are represented by horns which they link to maleness. But female aurochs and sheep/goats had horns too…perhaps that is beside the point. In contrast to the hard things that are emphasized in the article, the horns, claws, beaks, etc, I can’t help but remember the soft curves of the benches, pillar caps, ovens, and the voids of the crawl-holes and niches that are often nearby in the same house.

I should probably just skip to the heart of what is bothering me–the murals. In the 1960s Mellaart’s team excavated a stunning array of murals, a few of which I had the pleasure of seeing up close and personal a couple of days ago in the Museuem of Anatolian Civilizations. A couple of these murals depict hunting scenes and wild animals, but the majority of the murals on site are geometrical patterns, solid blocks of red, or hands, many of them child-sized. These former hunting scenes are what dominate the article, with no mention of the geometric patterns found in a majority of the paintings uncovered.

This year an extraordinary large panel was uncovered (by a fantastically dedicated team of undergraduates and conservators!) in the South shelter area. This painting was similar to a painting that I excavated in building 49 in 2008, with twisting, cellular shapes that look like an M.C. Escher-esque interpretation of a mudbrick village.

A few days ago ten red hands were discovered in the 4040 area, again by a trusty group of undergraduates who had to pick away at the plaster layer by layer to reveal the paintings. Hands are everywhere on the site–tiny, large, red, orange, white–yet they are only mentioned in reference to their redness, which Hodder and Meskell link to the representation of blood.

So, while I’m not a big fancy famous archaeologist by any means, I am dissatisfied with the picture that Hodder and Meskell paint of the imagery at the site. I have little doubt that blood, sex/penises, and wild animals were very much a part of life in the Neolithic, and I know that Hodder and Meskell were not trying to provide a holistic view of imagery at Çatalhöyük. But I feel like they miss other, perhaps more interesting aspects of the abstract imagery in their focus on the figural/phallic.

What are people doing when they are creating geometric shapes and connecting them in patterns? Even as they were excavating the latest panel, the students were speculating that the patterns were bricks, roads, or…”just doodles.” While the last suggestion is tempting, there was too much preparation involved in priming the surface and mixing the paint. Do they represent weaving, as was speculated by Mellaart, or counting, or even architecture–the cellular forms look like bricks, after all. Just what is the brain doing when it is creating abstract designs? What kinds of synaptic paths are formed? Many of these paintings are overlaid, time and time again, often directly on top of one another. Why? And if there are disruptions in the continuity, can they be linked to other stratigraphic “events”?

I’d also like more a more systematic study of the hand paintings. Where do they occur? How many are created with an actual hand? What sizes/shapes are they? Why are there so many of them? Can they be tied to other archaeological “moments” in the stratigraphy? Do these moments correlate across buildings?

There are seven responses to the Macabre article, and then a response to the criticism from Hodder and Meskell. All of the responding professors are better equipped than I am to provide a larger perspective to the article–I can only mention what I’ve read over the years, what I have uncovered with my hands, and what my fellow excavators have shown me. These moments, by the way, are the best–when the person in the next trench over catches my eye and waves me over. The discussion in low tones over a discovery, sometimes only just beginning to be revealed, before the conservators, the directors, and certainly the news media get to see it. That simple shared wonder over the stuff of the past. To get back to the article, while this sense of discovery does not necessarily privilege my interpretation over that of more experienced archaeologists, I cannot help but feel like this part of the past is erased when omitted from larger narratives constructed about the site.

(edited March 4, 2013, after Stanford decided to break all of my image links.)

5 thoughts on “Is it all Macabre? Recent Murals from Çatalhöyük”