While reading a bit of the New York Times this morning, I was reminded of the violence we encountered in Nuevo Laredo while on a project on the Texas/Mexico border.  I posted about this in my old livejournal blog back in 2005: 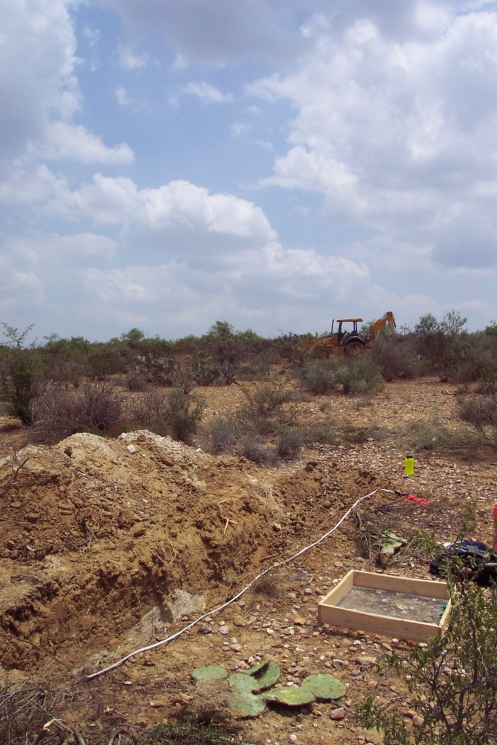 I’ve taken dozens of pictures of nothing now. It’s so beautiful out here, but it’s nearly impossible to capture with a lens. All of them turn out overexposed, simple scrub with a big sky background. I also can’t capture the smell. It smells like sweet dust out here, like desert, and the birds are impossibly loud, and I’ve seen coyotes, wild pigs, and a spider-hawk dragging a fleshy tarantula across the desert pavement. 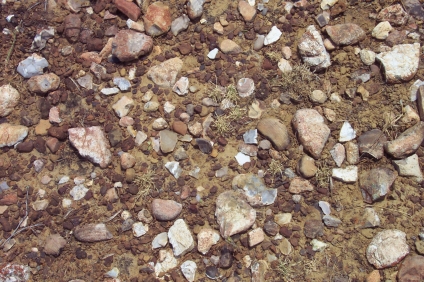 Where we’re digging now is much less desolate than our first landscape. Everything is sharp and dry and gorgeous. The area we’re focusing on is a prehistoric branch of the Rio Grande, so there’s river-dragged gravels everywhere. There’s lava and garnet and fossils and chert of all colors–it looks like the bottom of a geologist’s aquarium. It all has been sitting there for thousands of years. The silty sand doesn’t allow for much churn, so it all collects and sits on the top, surrounded by a black layer of the same lichen that coats surfaces in the Middle East. In the Middle East this lichen is edible, so some say that it is the source for the legend of manna from heaven falling from the sky.

The Texas variety is toxic, of course. 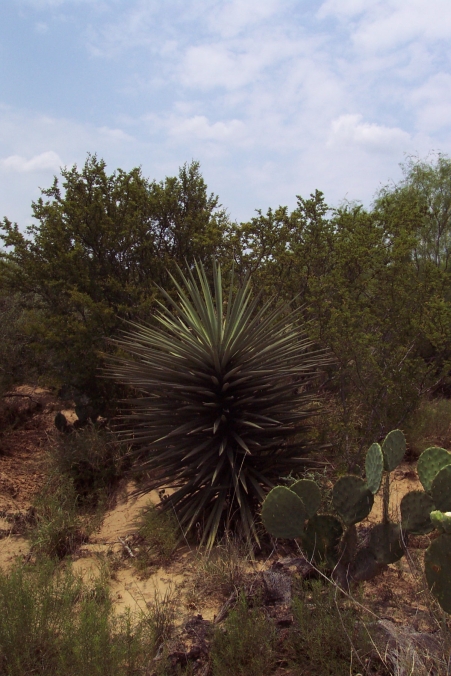 This trip has been an odd one. We’ve been besieged by packs of adorable puppies, and we’ve also come across two losers–dead pitbulls dumped by the side of the road. I accidentally drove through a grocery store. We’ve been harassed by creepy landowners, la Migra, the border station guard, and squat waitresses. There’s a war going on between two drug cartels, so brutal shootings and kidnappings are always on the news. We crossed the border last night because I wanted a gin fizz at the El Dorado and came back to a flashy show of sirens and police lights. We peered over the crowd and saw that the black pickup that was parked a space away from our truck had a clean arc of bullet holes through the driver-side window. When one of us asked what had happened, a guy said (in Spanish), “They killed them.” So we went around the back way and started to get into our truck when the detective came up and questioned us. Like a ninny I asked if everyone was okay. The detective didn’t answer. Stupid me.

So today I plotted rocks, dug holes, and stared at the sky until my eyes hurt.

Now, of course, I’m nearly immobile with homesickness.  I’m also surprised at how much my writing has changed over the last few years; it’s like it’s been calcified by social science verbiage.  And when did I get old and boring?  hmph.